New Contract for the TIGER Mission 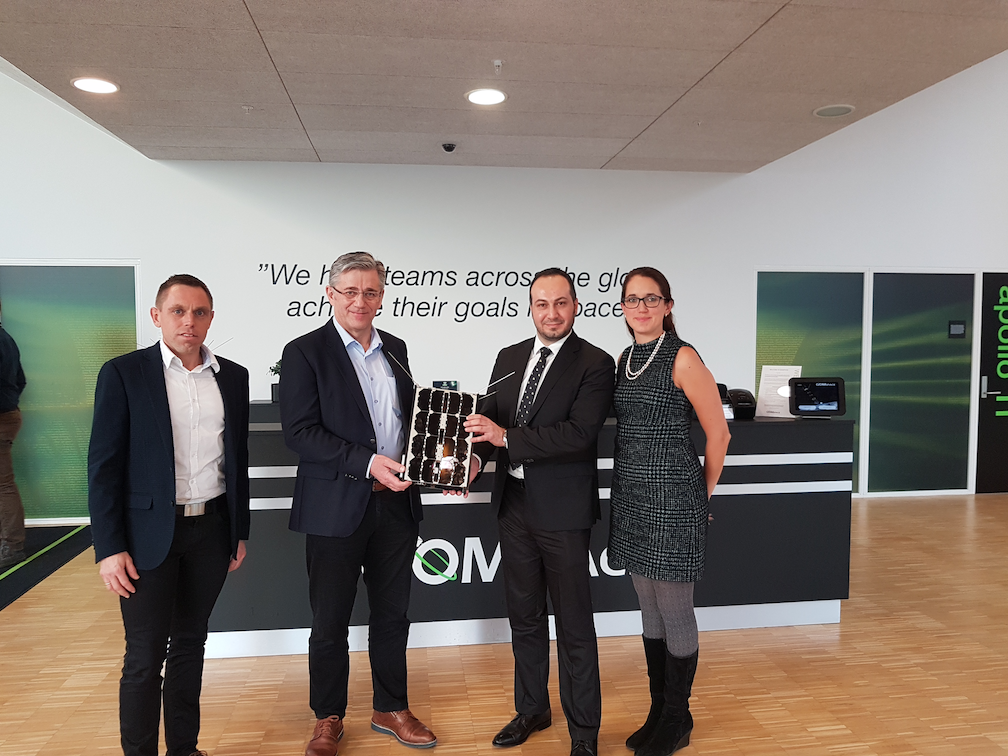 The mission will make use of a GOMX-4 satellite, which is part of a research and development mission by GomSpace. It includes two 6U nanosatellites, each weighing 10 kg, that work together in formation to perform electronic surveillance in the arctic region. They were launched on 3 February 2018 and are still flying in low Earth orbit. The satellites carry Software-Defined Radio (SDR) payloads that can be programmed in space.

OQ Technology in collaboration with GomSpace will perform the experiment by uplinking the required pieces of the software to send and receive the signals. This will further reinforce the capability of OQ Technology’s proposed waveform to carry user IoT data over the satellite, as well as provide valuable information about the satellite channel that can be used to optimize OQ Technology’s product. Furthermore, it will pave the way and mitigate risks for OQ Technology’s final satellite IoT demonstration mission MACSAT. The mission will be implemented in a fast and agile way, which characterizes the business approach of NewSpace startups.

“Our vision is that we can simply upload our software to any software-defined radio payload on any other satellite. Given the high level of scalability that we can integrate into our system once it is deployed, we may no longer need to build our own satellites. We could simply transform any flying satellite into an OQ Technology payload host providing our service to the end customer. We are very grateful to GomSpace for allowing us to use their satellite and their SDR for our TIGER mission, we look forward to working with them,” said Omar Qaise, CEO of OQ Technology.