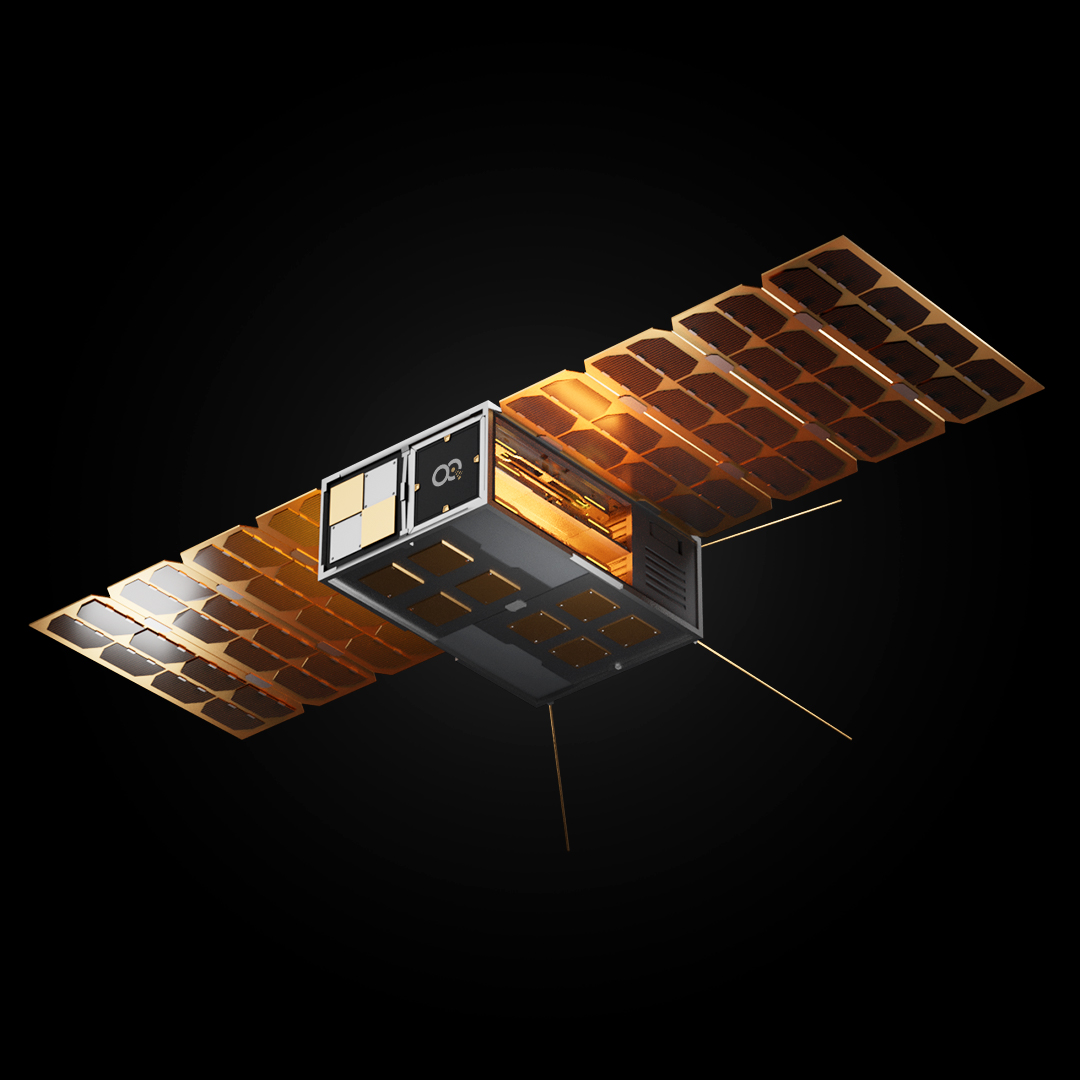 Luxembourg, 16 February 2022 OQ Technology, a global 5G IoT satellite operator, has been granted a patent for its IoT (internet of things) ‘wake-up’ technology by the US Patent and Trademark Office. It is the first out of the company’s six patent applications in the US and the EU.

‘Wake-up’ is a smart power-saving technology within OQ’s terminal IoT devices that allows them to efficiently wake up and communicate with the base station (satellite) only when needed. The function can be adjusted in line with the growth of the number of satellites, with each satellite being able to connect with thousands of sensors. Through ‘wake-up’ OQ aims to achieve the 10-year battery-life goal set by 3GPP standards for narrowband IoT (NB-IoT) wireless communications.

OQ’s other patent applications include frequency synchronisation, timing synchronisation, IoT device localisation, inter-satellite link technology, and a satellite system design and network architecture for cellular IoT communication between satellites and ground stations. The ‘wake-up’ technology and the technologies still pending patents are all to be implemented onboard OQ’s satellite constellation in low Earth orbit (LEO).

Omar Qaise, founder and CEO of OQ Technology said: “I’m very grateful to US Patent and Trademark Office to grant OQ Technology this patent. This and the pending patents will give us an edge over competitors and security to our intellectual property. In addition to the patent for ‘wake-up’, we have five more patents in the queue to be approved both in USA and Europe which we expect to take place this year. With these patents and our frequency licenses and chip partnerships we are the pioneer company who is well positioned to provide 3GPP compatible satellite NB-IoT over non-terrestrial networks.

“OQ Technology is the only company in the world that uses standardised 3GPP cellular technology for NB-IoT to connect devices to satellites. We have been leading the way for satellite-based 5G communications since we created the world’s first universal plug and play IoT device that can provide connectivity using LEO satellite infrastructure. Testing is orbit using our Tiger-1 mission in 2019 was another. This is yet another important milestone for us.”

The remaining five technologies pending patents are: - “Terminal device localisation”, which allows to locate a terminal device, using stored data from the base station(s) instead of an expensive global positioning system. - “Inter-satellite links”, keeping the different base stations aware of each other and also record keeping of terminal devices being connectable to the different base stations. This will make hand-over between base stations easier. In the future this will also include GEO satellites. - “Frequency synchronisation” and “Timing synchronisation” – they synchronise communication and thus improve the signalling between terminal devices and base stations to overcome Doppler effect (wavelength change from travelling objects) issues and timing misalignment issues. This improves the quality of data transmissions and data rate capacity, and also saves energy. - A satellite system design and network architecture for cellular IoT communication between space and earth stations.

The company has also developed a technology that allows it to use the cheaper standard mobile chips ($5) for its satellite connectivity, instead of the expensive satellite chip ($100) that would have to be installed and used when leaving terrestrial networks.

OQ’s services are ideal for applications requiring fast and real-time data processing via satellite, including asset tracking, drone control, vehicle telematics, artificial intelligence critical alarms, automated transport and smart cars, where the latency has to be below 10 milliseconds, which satellites in GEO (geosynchronous equatorial orbit) by incumbent operators, with a latency of up to 250 ms, cannot provide.

About OQ Technology OQ Technology is the world’s first satellite cellular 5G IoT operator that provides global cellular Internet-of-Things and Machine-to-Machine communication solutions through satellites. The company has successfully implemented and demonstrated Narrowband IoT connectivity over Low Earth Orbit satellites and is deploying a global constellation to provide 3GPP compatible satellite IoT telecommunication services for mobile operators and customers in industries such as energy, mining, logistics, maritime, agriculture, and defence. The company’s patented technology that can be easily embedded in existing cellular chips allows billions of users around the world to have ubiquitous IoT connectivity anywhere and using both terrestrial and satellite networks. www.oqtec.com | https://twitter.com/oqtec| https://www.linkedin.com/company/oqtechnologysarl