OQ Technology Reveals Patent Portfolio in the US and Europe 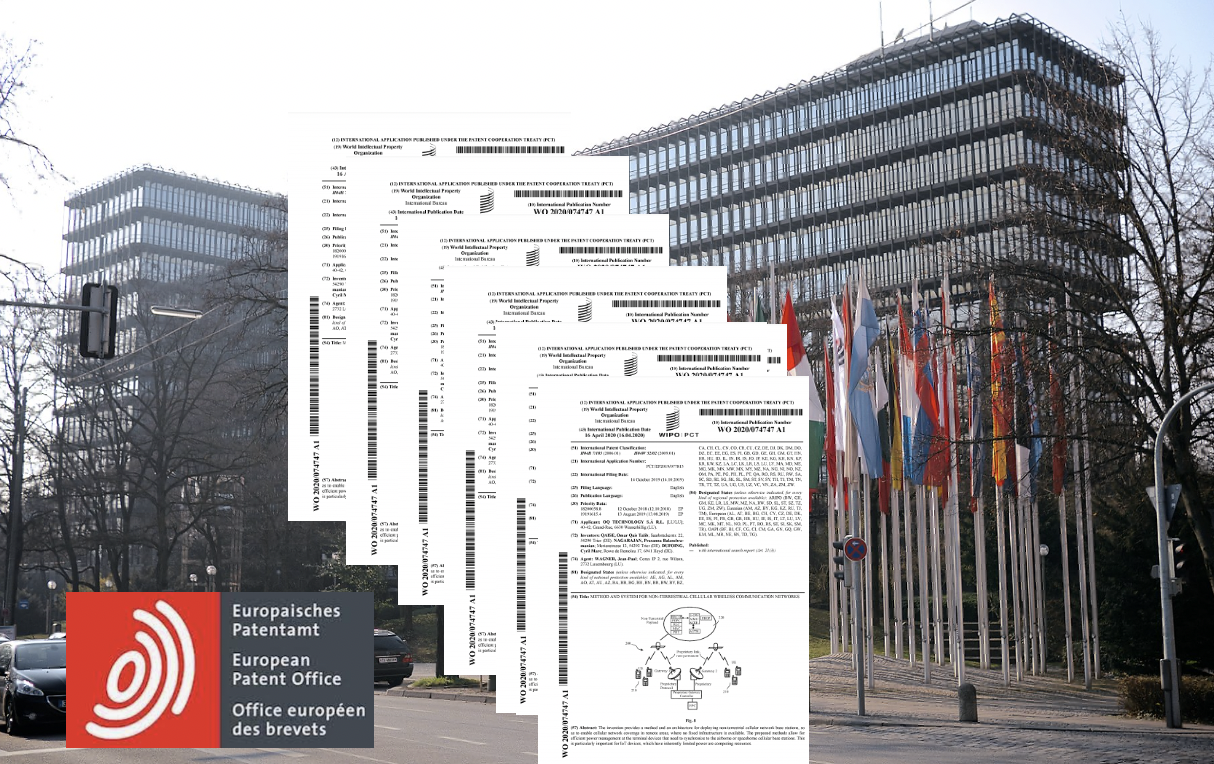 The various technologies within these applications allow customers of the Luxembourg company to receive better quality of service, save power and exchange data easier and more efficiently. They are to be implemented onboard its planned satellite constellation in low Earth orbit (LEO). OQ’s satellite Tiger-2, which was launched in June as the company’s first commercial cellular IoT satellite, performed well during the launch and early orbit phase (LEOP). It is now reaching the final stages of the payload commissioning phase.

“Obtaining intellectual property rights is a strategic necessity for businesses and NewSpace is no exception,” said Omar Qaise, founder and CEO of OQ Technology. “If the applications in the US and Europe progress as planned, I expect OQ Technology to be granted the patents within the next two years in Europe, and much shorter than that in the US. The technologies we are using immensely improve our service of providing 5G IoT connectivity in remote locations where terrestrial solutions struggle or legacy satellite solutions are too expensive. Most importantly, our patent portfolio will protect our position and investments. It will also set up a huge entry barrier and legal shielding for companies getting into the same field, especially with respect to using cellular IoT and 5G over non-terrestrial networks.”

The technologies for the patent applications are:

OQ Technology has developed algorithms and add-on software, following 3GPP-based cellular standards for narrowband IoT (NB-IoT), to make sure IoT devices can seamlessly switch between terrestrial and satellite connectivity to overcome connectivity issues in remote locations without modifying the cellular standards. The company’s software stack resembles a “cell-tower” in the sky and is embedded into its payloads and satellites.

“In 2017, OQ took the daring step to build its own software stack from scratch, based on the 3GPP standard, and implement its own satellite enabling algorithms,” Qaise said. “Owning our own stack and being able to control the traffic and quality of service for our users gives us a huge competitive edge over other players who rely on third parties and new entrant companies that are yet to deliver.

“Other existing cell tower software stacks are highly proprietary technology built by companies like Nokia, Ericsson and Huawei, which were unlikely to give us access and allowing us to make it suitable for a satellite environment.”

The company also has developed a technology that allows it to use the cheaper standard mobile chips ($5) for its satellite connectivity, instead of the expensive satellite chip ($100) that would have to be installed and used when leaving terrestrial networks. This unique combination of seamless connectivity in otherwise unconnected locations using standard mobile chips at a fraction of the cost, make it ideal for IoT service providers. OQ has copyrighted both its base station software within the payload and the chip firmware on the ground.

“Matching the same or as-close-as cellular price, will provide a lot of use cases and open a big market for us”, said Qaise. “That is why we have decided to address this market, in particular in rural and remote areas such as Africa, Australia, the Middle East and the Americas, where infrastructure is lacking. We are incorporating the cell towers into the payload of our LEO telecommunication satellites, which offers opportunities for many latency-tolerant and low-latency applications.”